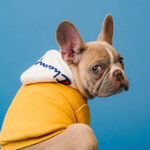 Did you know that 6.5 million dogs and cats enter shelters each year and that 1.5 million of these shelter animals are euthanized (670,000 dogs and 860,000 cats)? It’s true. Moreover, 5% of these shelter animals are euthanized because of a non-medical issue – the other 95% are left at shelters because of behavioral problems like anxiety, depression, and/or aggression. 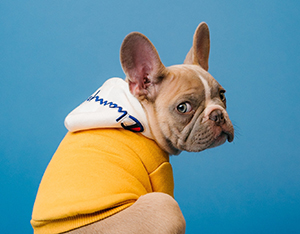 So, people aren’t the only ones, who have personality “quirks” or mental health/behavioral issues. Animals can experience them too. The truth is it is common to miss the signs and symptoms of mental illness in an animal, if you are a pet owner.

Most people just chalk their pet’s “quirky” behavior up to a certain breed (i.e. pit bulls tend to be more aggressive, depending on how they are raised) or deem it a “personality trait” (i.e. Siamese cats tend to be prone to anxiety), when in actuality their pet may be suffering from a mental health issue.

But, how can you tell if your dog or cat is experiencing obsessive-compulsive behavior (OCD)? To you, your pet’s odd behavior is “normal,” but is it really? Could there be more to the story? Dogs with OCD tend to chase their tails, bark continuously, become snappy, shake, whine, run around in circles, or aggressively chew on their toys.

Cats with OCD tend to “over-groom,” lick or chew their fur to the point that it causes noticeable hair loss or bald spots, excessively suck, lick, or chew on fabric, chase their tails, engage in self-mutilation, and/or repeatedly “vocalize” or pace. Cats with OCD may also experience rippling, twitching or rolling skin.

Do some of these “behaviors” feel normal to you? Well, that is because they can be “normal,” however, if these behaviors escalate or worsen over time or continue for long periods of time, then your dog or cat may have anxiety disorder like OCD. In other words, your pet’s OCDish behavior may be more than boredom or personality “quirks,” it could be a real problem that needs to be promptly addressed.

Keep in mind that your pet cannot verbally tell you when he or she is experiencing stress or anxiety, so you have to pay attention to his or her behavior. So, if your pet’s behavior suddenly changes or if he or she begins to behave uncharacteristically, it could be a sign that something is wrong with him or her – something that needs to be assessed by a veterinarian.

Understand however, that these signs could be temporary, especially if your pet is very young. He or she may be trying to acclimate himself or herself to this big new world. The same can be true if you have recently moved or changed his or her daily routine. Some animals are sensitive to changes, so he or she may need time to get used to his or her “new reality.” This does not automatically signal a mental health issue like OCD. It only signals a potential problem if the behavior worsens, escalates, or persists indefinitely.

OCD is a mental health condition linked to anxiety and stress. It involves recurrent and involuntary urges (obsessions) and behaviors (compulsions). As such, animals with OCD are unable to control or stop certain behaviors. With animals however, OCD also involves repeatedly engaging in behaviors that are outside of the context or “norm.”

For instance, an animal with OCD may continuously lick his or her fur (to groom) until it causes the skin to break and become infected or hair to fall out. In this instance, the animal is unable to stop the behavior because he or she has become obsessed with cleaning himself or herself. The only way to ease the anxiety and stress is to excessively lick his or her fur (compulsion).

According to animal behaviorists, when animals with OCD are unable to perform certain actions – actions they feel they need to perform, they resort to OCD-like behaviors out of anxiety. These behaviors become so extreme that they often end-up causing physical damage to their bodies or even their owners.

If left untreated, these animals lose their ability to get along with people and other animals, causing their owners to surrender them to local shelters. OCD in animals typically worsens over time, if left untreated. What does that mean? It means it becomes harder and harder to change the behaviors as time goes on. 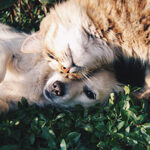 What Does OCD Look Like in Dogs and Cats? 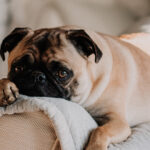 What Triggers OCD in Animals? 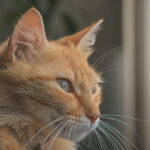 What is the Best Way to Detect OCD in Animals?

How to Know If Your Pet is Exhibiting Attention-Seeking Behaviors or True OCD Symptoms? 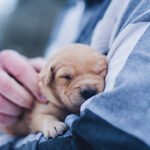 What Should You Do If You Suspect That Your Pet Has OCD? 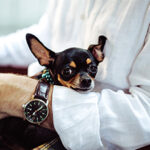 What Does OCD Look Like in Dogs and Cats?

Animals, specifically dogs and cats, tend to have different OCD symptoms than people. Moreover, not all dogs and cats will exhibit the same OCD symptoms. More specifically, each breed has its own specific set of compulsive behaviors. For instance, schnauzers are prone to hind-end checking, while terriers, Chihuahuas, and German shepherds are prone to running around in circles and chasing their tails. Tail-chasing is commonly seen in herding dogs that have OCD. 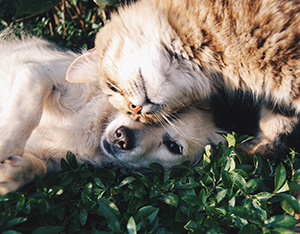 Doberman pinschers with OCD tend to lick their paws and limbs, while labrador’s tend to chew materials and stones. King Charles spaniels with OCD, on the other hand, tend to swipe at non-existent flies and bugs. Thus, it is important that you research your pet’s breed, so you’ll know if he or she begins to exhibit one or more of these OCD signs.

Listed below are ways that OCD can manifest in dogs and cats:

What Triggers OCD in Animals?

Listed below are the most common OCD triggers in animals:

What is the Best Way to Detect OCD in Animals?

The best way to detect OCD in animals, especially if you have to be away from the home for any period of time, is to record your pet when you’re away from the house or in another room. Being able to view and rewind a recording of your pet’s behavior can help you determine if you need to seek help for him or her.

How to Know If Your Pet is Exhibiting Attention-Seeking Behaviors or True OCD Symptoms?

“Attention-seeking behaviors” almost always occur in front of others (to get attention), however, animals with true OCD tend to exhibit these behaviors in private – i.e. when his or her owner is away from the house. More so, animals with OCD may even hide these behaviors from others. So, if you only catch your pet performing certain actions on a recording, then there is a chance he or she is exhibiting OCD compulsions, and should be checked-out by a veterinarian.

Note: The key to early detection is paying attention to your pet’s mannerisms and behaviors.

What Should You Do If You Suspect That Your Pet Has OCD? 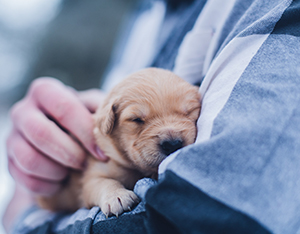 Listed below are the steps you should take if you suspect that your pet has OCD:

Just like people, pets have unique and distinct personalities. Some even develop mental health conditions like OCD. Some pets are worriers, while others tend to be calmer. And, some pets need something to do – they need jobs or tasks to make them feel at-ease and fulfilled. Because, honestly, if your pet doesn’t have something productive to do, he or she will most likely find something to do that is probably unhealthy or destructive. 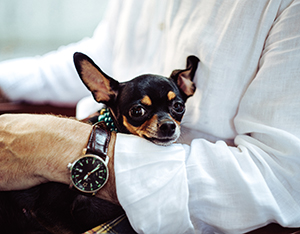 All pets need excitement, exercise, a consistent schedule, attention, and unconditional love to be at their best mentally and physically. But, some animals, for instance, those with an anxiety disorder like OCD, need a little extra help. That is why it is so important to know the signs of OCD and to get your pet help if you suspect that something is “off” with him or her.

So, what’s wrong with Fido? He has OCD.