Learn to break free from OCD

Learn to break free from OCD 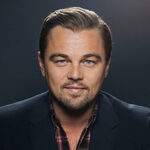 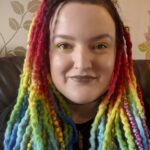 This article will take a look at the basics of obsessive compulsive disorder (OCD), along with diving into Leonardo Dicaprio’s personal journey with OCD. We’ll look at what type of compulsions he struggles with, along with what we can learn from his experience. The cycle of OCD: the basics Who is Leonardo Dicaprio? What can we learn from Leonardo Dicaprio’s OCD journey?

Check out our video on Leonardo DiCaprio!

The cycle of OCD: the basics Obsessions can be around a variety of themes, such as contamination, sexual themes, or focusing on harm of oneself or others. There is a long list of potential obsessions, and an individual can struggle with more than one type of obsession at a time. These obsessions will take over the individual’s thoughts and cause a great deal of emotional distress and anxiety.

In order to try to deal with this anxiety or to ‘prevent’ something bad from happening as a result of their thoughts, someone with OCD will carry out compulsions. Compulsions are repetitive or ritualistic actions the individual feels driven to carry out. Just like with obsessions, there are many types of compulsions and an individual may struggle with more than one type.

While at first compulsions may ease the anxiety coming from obsessions, it quickly comes back and is usually even stronger than before. This leads to more and more compulsions desperately being carried out so the individual can get their anxiety back under control. Compulsions can take up many hours of the day and be very disruptive. Unfortunately, anxiety will continue and compulsions only perpetuate OCD.

Obsessions, anxiety, and compulsions create the cycle of OCD. It’s certainly a vicious one and it can be tough to function while living with OCD. Thankfully, with the right treatment, the OCD cycle can be broken and symptoms can be managed. If you live with OCD, you can reclaim your life and reach your goals.

Who is Leonardo Dicaprio?

You will no doubt have heard of Leonardo Dicaprio: he’s a very famous actor who has played leading roles in many well known films and Hollywood blockbusters. His full name is Leonardo Wilhelm DiCaprio. Leonardo was born on the 11th of November, 1974, in Los Angeles. He is an only child, of German, Russian, and Italian descent. At an early age, Leonardo’s parents began to recognise his talents for performing and signed him up with a talent agency. From there, his career blossomed and he has become extremely successful. He’s won many awards and is a three-time Academy Award nominee. He also has his own production company called Appian Way.

As well as his acting work, Leonardo also cares greatly about the environment and does a lot of charity work for the cause. He even has his own non-profit foundation which, “works to accelerate the rate of change and adoption of environmental solutions on a global scale.”

Leonardo has openly shared the fact that he has been living with OCD for many years. However, much of the detail of his mental illness is kept private. So what do we know about his OCD journey?

An individual who needs to repeat an action a specific number of times may count out loud or in their head while carrying out the action. They may have ‘lucky’ numbers they need to reach during their repeating compulsions, and likewise ‘unlucky’ numbers they need to avoid. It’s common to feel afraid that if they don’t carry out their repeating compulsions correctly, something terrible will happen.

The action they need to carry out could be anything, for example a daily action such as repeatedly walking through a doorway or turning a light on and off. Some people may feel the need to touch specific surfaces or tap them a number of times. Others might need to pick up and put down an object until it ‘sounds right’ for example, such as a plate they are setting down on the table. Others might need to put down and pick up an object until it ‘feels right’ in their hand. For some, the action they need to repeat might be saying a specific phrase or word out loud or in their mind.

The compulsions may need to be carried out in reaction to a ‘trigger’, such as walking into a room meaning you need to turn the light on and off repeatedly each time, or repeatedly checking the door is locked when you leave the house. Alternatively, they might seemingly happen ‘randomly’ when the individual feels their anxiety rising or if an individual experiences a trigger specific to their obsessions.

Leonardo recalls stepping on cracks on the way to school, and often having to walk back some of the way and start again, so he could repeat the action and step on the same cracks once again. He has also talked openly about experiencing the need to walk back and forth through doorways multiple times, as well as feeling the urge to step on every chewing gum stain he comes across.

Leonardo mentions that his OCD is mild or moderate, but that he constantly has to manage his symptoms and resist his urges in order to keep things under control. He doesn’t mention specific treatment or techniques he uses, but he does share that he has ensured he managed his symptoms so that his OCD would not hold him back. This is apt as OCD can be managed with hard work and with effective treatment.

Unfortunately for Leonardo, his symptoms soon ran rampant when he made the decision to play a character with OCD in the film The Aviator. The film tells the story of the real life of Howard Hughes, a millionaire filmmaker who lived with severe OCD from his early years. The film portrayal is fairly accurate and was done carefully so as to represent Howard Hughes real life experiences with obsessions and compulsions. Howard struggled with contamination obsessions and compulsions primarily, as well as some repetitive compulsions, like Leonardo.

The opportunity to raise awareness of OCD through playing a character like this was extremely important to Leonardo. He wanted his portrayal to be as accurate and realistic as possible. However, he did so at a detriment to his own mental health. Leonardo made the decision to stop managing his OCD symptoms and let them run riot so that he was able to be as true to his character as possible. He even consulted with a doctor who specializes in OCD to help him emphasise his symptoms, to allow him to understand how Howard really felt so he could give the character his all.

In an interview Leonardo recalled how he let his OCD symptoms go, and how this quickly worsened his OCD. He explains, “I remember my make-up artist and assistant walking me to the set and going, ‘Oh, God, here he goes again. We’re going to need 10 minutes to get him to the set today because he has to walk back and step on that thing and touch the door in a certain way and then walk in and walk out again.’ I let myself do it because I wanted that to come out.”

Getting things back under control

As much as this choice allowed Leonardo to completely immerse himself in the character, his symptoms didn’t only worsen during filming. Once he had stopped controlling his OCD, it was extremely challenging to get things back under control afterwards. He openly admits that this became very difficult for him, stating: “It became real bothersome, even after the filming.”

The film did extremely well and his portrayal was able to bring an accurate representation of OCD into the spotlight. Leonardo seems happy with his choice and doesn’t seem to regret the damage to his own mental health. Although he doesn’t talk about how he did so, he did manage to get his symptoms back under control after a few months of hard work.

What can we learn from Leonardo Dicaprio’s OCD journey?

Now we’ve taken a look at Leonardo Dicaprio’s OCD journey and understand some of what he has been through, we can consider what we can learn from him.

It’s important to speak out

One of the first things we can learn is the importance of speaking up about our experiences. Leonardo has been fairly open about his personal struggles with OCD. When we see someone famous with OCD, it can help us to feel less alone and to know that people in all walks of life can have similar struggles. It can even prompt those without OCD to actively find out more about the condition if someone they look up to talks about it.

By portraying a character with OCD, Leonardo was able to shed even more light on the disorder. He was able to reach a much wider audience through his acting than he might have been able to otherwise. Acting a realistic role like this can enable people to get a clearer look into what living with OCD is really like. Sometimes seeing it can resonate more with people than hearing someone talk about it personally.

By sharing our experiences with mental illness, whether it’s through our career or personally, we can be part of breaking down stigma and raising awareness. The more of us who add our voices to the cause, the more we break down barriers and help others to understand what it’s really like to live with a mental illness.

Leonardo’s journey emphasises that OCD takes constant management. There’s no quick fix that makes OCD just disappear forever, but there are effective proven treatments and management techniques.. We can see clearly that as soon as Leonardo stopped actively monitoring and managing his OCD during filming, his symptoms returned with vengeance.

Although this sounds like a worrying lesson, it is a practical and helpful one. It lets us know that OCD can be managed, and very effectively! Leonardo is able to function well and thrive in his career when he is focused on symptom management and self awareness. It also reminds us that we must be dedicated to managing OCD in the long term so we can continue to thrive.

Dedication to treatment is vital

Part of this management of symptoms is seeking treatment and engaging with treatment in a dedicated way. There are OCD treatments which are proven to help people gain remission from their symptoms and to reclaim their life from OCD, but they take hard work, determination, and consistency.

All OCD is valid

All OCD, no matter how severe your symptoms, how well they are managed, or what themes your obsessions or compulsions revolve around, is valid. Leonardo mentions that his OCD symptoms are mild, but that doesn’t make his experience any less valid. All OCD can be debilitating and very tough to deal with. It’s important you know that your feelings and your experience is valid.

You can have a happy, successful life despite OCD

Finally, and perhaps most importantly, we can learn from Leonardo’s story that you can have a happy life despite OCD. Once you are able to get treatment and learn how to manage your symptoms, your OCD does not have to hold you back. You can reach your goals and be successful!