Is OCD A Genetic Or Hereditary Disorder? Every year, more and more is learned about Obsessive Compulsive Disorder, with nothing piquing our curiosity as much as the question of why: Why do some people get it and some people don’t? Where does it come from? What is the cause?

One of the reasons the above is so intriguing is that the hallmark of OCD, terrifying and horrific intrusive thoughts, are not limited to afflicted populations; rather, intrusive thoughts are a common condition of being human and most everyone – at one time or another – experiences them.

The difference is that people without OCD are able to see these thoughts as meaningless, tossing the notions aside and keeping the thoughts from interfering with their lives. Those with OCD do the exact opposite, taking the thoughts seriously and engaging in rituals to either prevent the horrific subject matter of the thoughts from coming true or to assure that the thoughts aren’t already a reflection of reality.

Adding to the mystery is the fact that people with OCD don’t fully believe in their intrusive thoughts. Sufferers are often asked – gun to their head – if they could guarantee that their thoughts were true and they always say no. The reason is, deep down, those with OCD recognize that their thoughts are insignificant. Yet they don’t know this with 100% certainty and therein lies the problem.

OCD has no patience for being 98% sure or 99% sure or even 99.9% sure – it demands 100% certainty at all times, no exceptions. Thus, this is the challenge of OCD; those who have it possess an inability to deal with uncertainty more than those who don’t.

Complicating things further is the fact that this potent need for certainty pops up only in relation to their particular type of OCD. In other words, someone with OCD handles uncertainty at other times without the need to perform compulsions. For example, someone with Harm OCD must be 100% sure that they didn’t run over a neighborhood child when backing out of their driveway, but they may willingly touch doorknobs or public restroom faucets with no concern to whether or not they’re being exposed to a deadly disease.

What all the above points to is something going on in the brain of OCD sufferers, some type of hiccup that keeps them hooked by thoughts that should land as unimportant. These hiccups likely come from structural abnormalities, as science has shown us that people with OCD have brains that function differently than normal. But what causes the abnormalities in the first place? Does OCD appear de novo or is it something that our genes predispose us to?

Once upon a time, OCD was believed to be caused by all sorts of things. Some believed that it was the result of controlling or domineering parents; others pointed to turbulent toilet training. Sigmund Freud, the father of psychoanalysis, believed it was due to latent aggression and repressed sexual urges. Then again, there were few things that Freud didn’t tie to sex.

Some chalked it up to personality traits, classifying people with OCD as type A go-getters. While this might fit some people with the disorder, as perfectionism is a very common trait of the illness, it doesn’t apply to everyone. It’s not a cause, either; there are millions of people with type A personality who don’t have OCD.

In modern day, OCD is believed to have a strong genetic and hereditary component, not only validated by the genes linked to it but also by the tendency of OCD to run in families (more on that, later).

What’s surprising, however, is that OCD has long been suspected of being genetic, even when the common belief linked it to anything but. 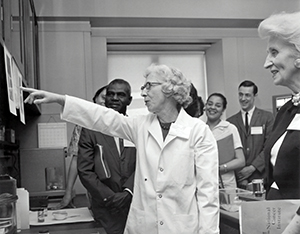 OCD and Genetics: A History 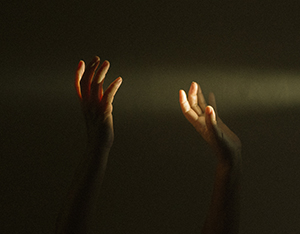 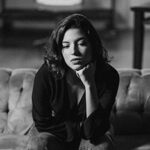 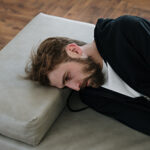 The Different Types of OCD 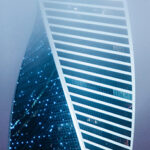 The Complexity of Genes

OCD and Genetics: A History

In the early 20th century, more than 100 years ago, researchers began to theorize a hereditary link to OCD and conduct research to prove their theory true. Of course, back then, OCD was referred to in a variety of ways, including obsessional neurosis, scrupulosity, religious melancholy, and obsessional illness.

One of the first reports in modern literature described 50 cases of obsessional neurosis at the Maudsley Hospital in London. This study found a strong family link, with 37% of parents and 22% of the siblings of those diagnosed suffering from similar symptoms.

All in all, researchers discovered that OCD manifested in first-degree relatives of sufferers between 7%-15% of the time, with early age of onset compounding the risk. Outside of genetics, the risk of diagnosable OCD is around 1-2%. More modern testing has discovered a stronger link, with 25% of people diagnosed with OCD also having a family member who has it.

OCD’s tendency to appear in twins further points to a genetic connection and, like the above, it is a connection that goes back nearly a century (all the way to 1936). One could argue an environmental influence, as twins are by and large raised in the same situation. But the discrepancy in OCD among identical and fraternal twins strongly validates a genetic component since identical twins have identical DNA whereas fraternal twins are no more genetically related than regular siblings.

There’s a reason these numbers aren’t 100%, despite identical twins sharing the same DNA code. This is due to the fact that genes can express themselves differently, often as the result of outside factors and environment. For example, identical twins have the same genes that influence height, but if one twin is malnourished as the result of illness, they’ll likely end up smaller than their sibling. OCD behaves similar – identical twins possess the same building blocks, but exterior occurrences dictate whether or not the disorder grabs hold.

A 2000 study aimed to solidify OCD’s hereditary nature and put the matter to bed once and for all. The research, published in the Archive of General Psychiatry, investigated nearly 350 relatives of 80 people with OCD and compared them with 73 controls. They found that people who have first-degree relatives with OCD are five times more likely to have it themselves.

This research was different than research of the past as it purposely set out to avoid unintentional bias, the jumping to false conclusions or the favoring of results that validate one’s hypothesis. To avoid this, the scientists studied patients at different clients and we’re uninformed of whether or not the patient had OCD. This helped reveal a clear genetic link.

But, in consideration of the above, doctors are quick to warn of two things. First, a genetic predisposition to OCD does not mean that someone will get it; conversely, most people won’t become obsessive compulsive, not even with a strong genetic link (just as the absence of a genetic link does not guarantee freedom from the disorder). Secondly, genetic components do not absolve the environmental ones.

OCD may require certain environmental triggers in order to fully activate. For example, a child who grows up with an obsessive compulsive mother will not only have a genetic predisposition but will likely observe their parent’s rituals (such as compulsive hand washing) as well. It’s likely this plays a role.

These possible triggers aren’t fully understood in OCD, though they are in other diseases. Someone with a predisposition to alcohol, for instance, won’t become an alcoholic without drinking alcohol and someone with a genetic predisposition to heart disease can typically avoid it by not smoking, maintaining a normal weight, limiting red meat, and engaging in regular exercise.

Unlike some single-gene diseases, such as Sickle Cell Anemia and Cystic Fibrosis, OCD is not linked to one mutation (or, if it is, this hasn’t been discovered yet). It’s also not linked to a gene that makes it extremely likely, such as the way a mutation in the BRCA gene puts someone at high risk for breast cancer. It’s possible (though unlikely) that future research will reveal a guilty gene that is predominantly to blame, but – thus far – there are several suspected parties. 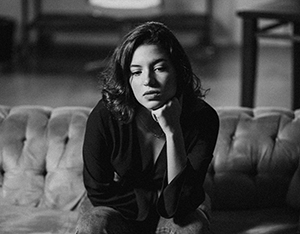 Research unveiled four OCD genes involved in brain circuits, linking certain parts of the brain that have long been implicated in anxiety (including the striatum, thalamus, and cortex regions). They were discovered after scientists from Harvard and MIT compared 600 genes in 592 people with OCD to 560 people without it. The genes were chosen because they had been linked to repetitive behaviors in autism, to compulsive tail-chasing in dogs, and to compulsive grooming in mice.

These four genes include:

The Different Types of OCD

Although OCD is often advertised as a disorder marked by fear of germs or contamination, it comes in a variety of subtypes (or flavors). Ultimately, only about 30% of people with OCD have a disorder focused on contamination. Other common subtypes include the following: 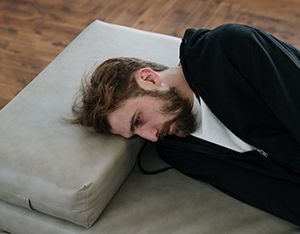 But values aside, OCD can manifest however and in whatever way it wants and occasionally does so in manners that are entirely nonsensical (though egodystonic, nonetheless). This suggests that something in addition to values is at play when determining OCD subtype. Now that researchers know OCD is indeed genetic, they’re curious as to whether the subtypes have a hereditary component too.

The Complexity of Genes

Not only are genetics complex but OCD is complex as well and that’s part of the reason so many questions remain unanswered. When it comes down to it, genes aren’t an end all be all but rather a blueprint to all sorts of disorders and talents as well as longevity. 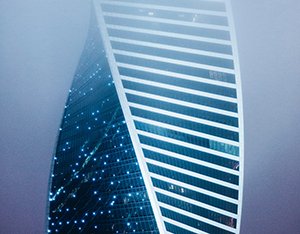 In OCD, in particular, genetics only get us so far. The disorder has an especially strong behavioral component because of the compulsions that lock it in. Without those, OCD will not truly solidify (or, at least, it won’t be as severe) and while the disorder may still exist under the surface, the refusal to engage in rituals effectively stops it before it starts.

The above is especially important for those at risk to recognize as, all too often, people with OCD engage in compulsions before they realize they have a mental illness, inadvertently allowing the disorder to take root and making treatment more difficult. As previously mentioned, a genetic predisposition doesn’t guarantee an illness, but it, at least, tells possible sufferers what to be on the lookout for.

As science learns more about genetics, the genes versus environment argument has evolved into a new school of thought, with doctors not looking at human behavior as clear cut nature over nurture but as a nature that interacts with nurture in a highly complex and changing manner. In OCD, it might even be as simple as this: Genetics provide the match, but environment is what lights the flame.