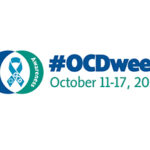 OCD Awareness Week and Why Knowing What OCD is Matters OCD Awareness Week is an annual event designed to foster awareness around Obsessive Compulsive Disorder. It’s an international effort led by the International OCD Foundation (IOCDF), an organization whose mission is to “help those affected by obsessive compulsive disorder (OCD) and related disorders live full and productive lives.” The IOCDF strives to increase access to treatment and research, fight stigma, and support those who have OCD as well as their families and treating professionals. OCD Awareness Week takes place each year during the second week of October. OCD Awareness Week isn’t defined by one event, such as a conference that houses the attendees. Rather, it’s a unified conglomeration of events, multiple happenings spread all across the world. It’s a joint effort among sufferers, therapists, community groups, clinics, hospitals, and service organizations, uniting in the name of OCD. It involves exhibits, presentations, sales, shows, lectures, and fundraisers (to name a few). 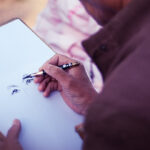 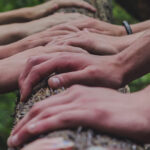 Why is OCD Awareness so Important?

The most recent OCD Awareness Week, which took place October 11-17, 2020, kicked off with Draw Your Monster, a social media challenge aimed at increasing OCD acceptance and education.

Draw Your Monster comes from Sean Shinnock and is designed to encourage people to illustrate whatever they vision their anxiety to look like (for example, if my OCD were a monster, he’d have a large fang, an eighties perm, and he’d wear a monocle). Draw Your Monster is described as “an expressive art experience based on mindfulness, ACT, and ERP and created to inspire growth through compassion and understanding.”

A few of the other events that took place included a presentation (live streamed on YouTube and Facebook) by Liz McIngvale, the founder of the Peace of Mind Foundation, as well as Jeff Syzmanski, PhD, the executive director of the International OCD Foundation; a virtual happy hour and styling session where 20% of all jewelry purchases went to the IOCDF; an online trivia session; and an OCD short film festival.

While many of the events this year had to take Coronavirus precautions, several of the events in past years have been conducted in person. There was even a “lay in” in 2017 where people lied in beds for two hours as a way to “lay down the stigma” of OCD. They also answered questions and held discussions.

To get involved in future events, keep OCD Awareness Week on your radar and look for local events you can take part in or virtual events designed for anyone regardless of where they are on the globe.

Why is OCD Awareness so Important?

If everybody understood OCD for what it is, awareness wouldn’t be important. But OCD is extraordinarily misunderstood, making it necessary to replace the wrong information with the information that’s accurate.

Overall, some of the most important reasons to increase OCD awareness include:

To improve understanding in the public: There are several reasons why OCD is so misunderstood. Part of this is due to the fact that OCD is misrepresented in popular culture, often painted as a “quirk” dictated by things like anal-retentiveness or a personal preference for order. Hollywood rarely shows the anxiety that defines the illness.

Another reason is because of the oft-held belief that someone is “so OCD” because they like things organized or prefer to live in a tidy home. This misconceives OCD as a minor thing or something that is based on liking something one way or another (such as liking your shoes organized or you pantry color-coordinated).

To improve treatment options: While the average member of the general public is certainly unaware of the true intricacies of OCD, clinicians are as well. In fact, it’s usually recommended that those with OCD only see therapists who have specialized training in it. This is because it’s not discussed broadly enough in general psych classes, leaving untrained therapists without proper understanding (complicating things is the fact that they often don’t recognize they’re unqualified).

Unfortunately, it’s very common for OCD sufferers to see therapists who don’t understand OCD adequately, which leaves them at risk for being made worse or leaving them traumatized. In most serious instances, this can influence suicide risk. Improper treatment also delays the sufferer from finding the right treatment, something else that’s common and dangerous. On average, it takes OCD sufferers between 14-17 years to get proper help. This is largely due to lack of awareness.

Often, when a sufferer experiences OCD symptoms that veer away from the stereotypical (for instance, they don’t manifest in handwashing or a preoccupation with asymmetry), it can be hard for them to recognize they have a disorder. Instead, they may fear that their intrusive thoughts (such as those around harm or pedophilia) reflect their true desires and character, which only makes their anxiety worse and leaves them at higher risk for suicide. In order to get help, the first step is knowing what you’re dealing with.