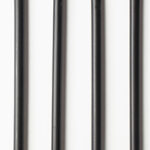 OCD and tic disorders are separate entities, though they tend to show up in the same people. Why does this happen? Who is at risk? And, most importantly, how is it treated?

First, let’s explore the specifics of each condition. What are the symptoms of OCD? What are the symptoms of tics? What do OCD and tics have to do with each other? Treatment for OCD and tic disorders

OCD is a mental illness that is marked by vicious cycles of obsessions and compulsions. It starts when the OCD sufferer experiences an intrusive, horrific, and anxiety-provoking thought or image. In an attempt to neutralize this anxiety, they engage in compulsions (or rituals). These compulsions provide temporary relief, but – in the process – they give the intrusive thoughts credence and validate the OCD, making it worse. For instance, someone who suffers from Contamination OCD may fear that they were exposed to a contagious disease because they touched a faucet in a public restroom. As a result of this thought, they wash their hands vigorously, often to the point of burning them on the scalding water.

Intrusive thoughts happen to everyone but the difference in the OCD mind and the normal mind is that people without OCD don’t pay their intrusive thoughts any attention; they discard them as the nonsense that they are. People with OCD, on the other hand, buy into their thoughts. They don’t buy into them 100% but they buy into them enough that they perform compulsions to be sure. This is because OCD demands 100% certainty, whispering “What if?” into the sufferer’s ear.

OCD is not a common disease, with only around 2.3% of the US population affected, and those who claim they’re “so OCD” because of a preference for tidiness or organization are typically just anal-retentive. Not only that, but OCD obsessions are not limited to contamination, germs, order, or organization. People can have OCD that focuses on anything.

What are the symptoms of OCD?

Some of the common obsession symptoms include: Some of the common compulsion symptoms include:

Tics are movements that range from minor to severe. When they are the former, they don’t impact quality of life as they come and go without interfering in everyday activities. Severe tics, conversely, can diminish work, school, social functioning, and relationships.

Tics are not entirely involuntarily but rather movements that can be suppressed for some amount of time. However, this suppression causes the sufferer discomfort and they must perform the tic eventually in order to find relief. Tics fall into two categories: Motor or vocal. Motor tics involve sudden movements that are short-lasting while vocal tics involve sounds or words. Both kinds of tics are repetitive and often occur in successive sequences. For example, someone with a tic who jerks their head may jerk it three or four times in a row rather than just once.

The age of onset, the frequency of the tics, and the tic’s severity are just a few things doctors look at when deciding exactly what kind of tic disorder someone suffers from.

There are three disorders commonly diagnosed, including:

Provisional Tic Disorder (formerly called Transient Tic Disorder): In this disorder, which usually manifests in youth, the sufferer has one or more tics for at least a month but not as long as a year. Most of the tics are motor tics, though vocal ones may present as well.

Provisional Tic Disorder, as the name insinuates, comes and goes and children may suffer from episodes of it while also experiencing periods of dormancy. Stress, excitement, and sleep deprivation tend to exacerbate tics and make symptoms more obvious but, regardless, Provisional Tic Disorder resolves itself over the course of several months.

Chronic Tic Disorder: This disorder is longer-lasting and continues for at least a year. The tics in Chronic Tic Disorder are either vocal or motor but they don’t fall under both categories. Symptoms always start in childhood (a diagnostic requirement).

Tourette Syndrome (TS): Tourette’s is sometimes misclassified as Chronic Tic Disorder. Yet, in Tourette’s, the tics are more severe and may involve both motor and vocal tics concurrently.

Tourette Syndrome is underdiagnosed, which means it’s hard to speculate exactly how many people suffer from it. It’s believed, however, that around 1 in 162 children are affected. It is largely a disease of childhood and symptoms most commonly appear between the ages of 5 and 18.

Tourette’s ebbs and flows in severity and sufferers frequently experience heightened tic activity followed by periods of calm (or vice versa). Unlike OCD, Tourette’s tends to get better as the person ages; OCD, on the other hand, worsens without treatment

What are the symptoms of tics?

The symptoms of tics vary depending on whether they’re simple or complex and motor or vocal.

Some of the most common symptoms of simple tics include: Common symptoms of complex tics include:

What do OCD and tics have to do with each other?

On the surface, it doesn’t appear that OCD and tics have a ton in common outside of the repetition involved in both disorders. But, going a little deeper, OCD and tics overlap quite often. In fact, up to 60% of people with Tourette Syndrome have symptoms of OCD and 50% of children with OCD experience tics. Of these children, 15% experience tics severe enough to warrant a Tourette’s diagnosis. Tourette’s commonly accompanies other conditions too, including ADHD, conduct problems, depression, general anxiety, and developmental delay. 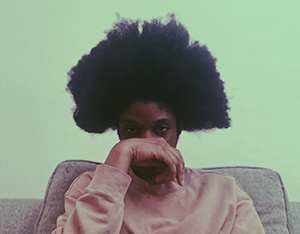 In some cases, OCD and tics present so similarly that it can be hard for people to tell the difference. Sometimes, even doctors find it difficult to differentiate between an action performed as an obsessive compulsion or a tic performed to relieve physical discomfort.

OCD and Tourette’s come with some shared risk factors and some that differ from each other. For example, both OCD and Tourette’s have a genetic predisposition and those who have family members suffering from either disorder are more likely to suffer from that disorder themselves.

On the flip side, Tourette Syndrome is much more common in boys, up to three to four times more common. In OCD, it’s found equally in both men and women.

Interestingly, boys with OCD are more likely to experience early-onset OCD, meaning that it appears in childhood. In women, OCD most usually appears in late adolescence or their early twenties. Boys are also more likely to suffer from OCD and Tourette’s as a joint package.

The causes of OCD and Tourette’s do appear to have some things in common as well. In addition to the genetic predisposition mentioned above, both OCD and Tourette’s involve abnormalities in certain areas of the brain. And they involve impaired communication between neurons and abnormal levels of certain neurotransmitters, such as serotonin and dopamine.

There are some doctors who believe that Tourette Syndrome diagnosed in childhood turns into OCD as the sufferer reaches adulthood. While this can’t be a hard and fast rule, as some people with Tourette Syndrome never go on to develop OCD, it does seem like a logical path.

For one thing, it explains why both tics and early-onset OCD are so prevalent in boys.

This theory hypothesizes that children are born with a Tourettic nervous system and eventually begin experiencing simple tics. Simple tics turn more complicated while adopting symptoms of OCD, which involves the immersion of complex tics and compulsions. The sufferer begins applying cognitive elaborations (defined as “processing information by thinking critically, rehearsal, active learning, and developing schemas”) to their tics and compulsions, thus behaviorally conditioning themselves to react a certain way (e.g., perform a compulsion). Finally, classic OCD emerges and Tourette’s either abates entirely or becomes more controllable. Or, possibly, Tourettic OCD emerges instead, keeping Tourette’s at the forefront.

Sometimes, a sufferer experiences OCD-like behavior through compulsive tics but without the modulating anxiety motivation so prominent in traditional OCD. This has been described as Tourettic OCD (TOCD), a subtype of OCD distinctive from the more stand-alone types of OCD. In Tourettic OCD, obsessions and compulsions are influenced largely by features of Tourette’s . In true OCD, the obsessions (i.e., the intrusive thoughts) cause anxiety and terror, leading the sufferer to fear that obsession will come true or has come true. The discomfort felt is emotional.

In TOCD, the discomfort is physical and the experience more sensory than psychological. But the need to perform the compulsion stays the same.

The compulsions performed in TOCD may be similar to what is seen in true OCD, even if the reason behind that compulsion is different. For example, TOCD sufferers may need to do things a certain number of times, they may need to touch and retouch things, they made need to organize things in a symmetrical manner, and they may need to even things out in order to relieve their discomfort.

The TOCD sufferer typically doesn’t do this to avoid an imagined tragic consequence, which is why people with true OCD perform rituals. TOCD sufferers are not generally concerned with catastrophe as much as they are concerned with their physical discomfort, including the fear that the discomfort will become intolerable.

This isn’t to say that TOCD involves absolutely no fear that something bad might happen but sufferers don’t imagine this with the detail or as poignantly as those with true OCD and it’s not the drive behind the compulsion. What’s more, when the TOCD sufferer performs their compulsions, they don’t do so to relieve anxiety; they do so to relieve their physical discomfort. This has led the compulsions behind TOCD to be described as “sensory fulfillment” as well as “sensory-based rituals”.

Some people with TOCD have classic OCD as well and may experience varying degrees of both disorders. In other words, someone who has TOCD and true OCD may perform their compulsions as a way to not only relieve their physical discomfort but to also avoid an imagined and tragic threat.

People who get TOCD may have early signs in childhood of hypersensitivity to certain textures and feelings. They may complain about scratchy sweaters or shoes that are too tight. They may additionally suffer from ADHD, impulsivity, learning disorders, or problems with emotional control.

Treatment for OCD and tic disorders

Distinguishing true OCD from TOCD from Tourette Syndrome is highly important because each diagnoses warrants different types of treatment.

For classic OCD, the most common treatment used includes: The treatment for Tourette’s Syndrome include:

In TOCD, a merging of the above treatments is often used.

OCD, Tourette Syndrome, and TOCD don’t have cures, but help makes the diseases more manageable and provides sufferers with a chance to live normal lives.