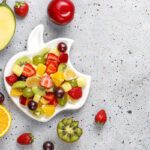 What Are Some Good Vitamins for OCD? You have recently been diagnosed with OCD. You are currently taking Luvox, a selective-serotonin reuptake inhibitor (an SSRI), and attending cognitive-behavioral therapy (CBT), exposure and response prevention (ERP) therapy, and acceptance and commitment therapy (ACT), which has helped tremendously with your OCD symptoms.

However, Luvox has started to make you feel bad and does not appear to be reducing your unwanted, repetitive, and intrusive thoughts and fears. As a result, you have begun to look outside of the OCD treatment norms for something else to “quiet’ your racing thoughts. You recently researched vitamins and learned about the various benefits associated with them. Now, you wonder if vitamins could help your OCD symptoms so you could forego OCD medications, like Luvox, for a more natural approach.

Could vitamins work for your OCD symptoms? Possibly. However, it is important to discuss your plans with your doctor before stopping your medication. Still, if you would like to learn more about how vitamins could be beneficial for OCD, keep reading. This article will explain how and why vitamins may be the missing key to your OCD recovery. How Can Vitamins Help OCD? What Vitamins Are Beneficial for OCD? What Other Ways OCD Can Be Treated?

Obsessions can consume your thoughts to the point that getting anything done is an impossible feat, especially when they are coupled with repetitive behaviors or compulsions. Obsessions can include thoughts and fears about being contaminated with germs, or being harmed (you or someone else), to urges to engage in sexual or violent acts (this is unlikely to happen, although these are real urges and fears).

OCD can prevent you from performing getting to school or work on time, and/or performing satisfactorily once you arrive. It can even affect you in the bedroom (due to racing thoughts during sexual activities). Thus, OCD can impact many areas of your life, from your self-esteem and self-confidence and ability to develop and maintain relationships and friendships, to achieving career success, and accomplishing your goals.

Truthfully, OCD is a lonely condition, especially when it is untreated. The good news is that there are tons of OCD treatments available – some of which are traditional or standard and some of which are non-traditional or alternative. Regardless of the method, you can get your OCD symptoms under control, but first, you must ask for OCD help.

So, could vitamins also help OCD? Yes, it could.

How Can Vitamins Help OCD? Well, experts suggest that vitamins are beneficial for the mind and body, in general. More specifically, researchers have found that vitamins are necessary for optimal functioning. When the body is deficient in vitamins, it increases the risk of chronic conditions, like OCD. According to a 2010 study, certain nutrients (vitamins) can boost serotonin in the brain, triggering a reduction of OCD symptoms, such as repetitive, intrusive thoughts, urges, fears, etc., continuous worries, chronic stress and anxiety, and compulsions designed to ease stress and anxiety and stop the obsession.

Consuming fresh foods and adopting a healthy diet, and thereby receiving a variety of important vitamins can help improve your health and well-being (mentally and physically), so you do not experience unwanted, and upsetting obsessions and/or compulsions. So, yes, vitamins can help OCD – if not directly then indirectly by ensuring that your mind and body are rested, repaired, and in tip-top shape, so you can think more clearly and engage in healthier behaviors.

What Vitamins Are Beneficial for OCD? A variety of vitamins are good for the mind and body, which means they are also good for OCD symptoms (that involve the mind and body). Resting, receiving vitamins through healthy foods, and getting proper sleep are important ways to keep OCD symptoms in check. Because vitamins wear several “hats” in the body, it is important to keep your vitamin levels in the proper ranges. Why is that important? Because if your body does not receive the nourishment (aka vitamins) that it needs, it will not function correctly.

In fact, according to various studies, low levels of serotonin (a serotonin deficiency) can trigger or worsen OCD symptoms. Consuming vitamin-rich foods can help restore your serotonin levels, thereby reducing your obsessions and/or compulsions. Understand, however, that vitamins are not just necessary for conditions, but for the mind and body, in general.

In other words, you do not have to be ill or disabled to benefit from vitamins. Vitamins can help you function at an optimal level, regardless of your health status.

Listed below are vitamins that may ease your OCD symptoms:

The B vitamins are especially important for OCD because they are known to boost serotonin in the brain. As mentioned above, low levels of serotonin can trigger or worsen OCD symptoms, so restoring those levels can decrease these symptoms, or prevent you from developing the condition altogether (in some cases).

Niacin (vitamin B-3) can boost the amount of tryptophan in the body. Tryptophan is an amino acid – a precursor of serotonin. Likewise, pyridoxine (vitamin B-6) supports serotonin and norepinephrine production. Serotonin and norepinephrine are neurotransmitters (chemical messengers in the brain) capable of “quieting” the mind, regulating your moods, and reducing intrusive thoughts, fears, emotions, doubts, mental images, etc.

Moreover, vitamin B-6 may help you get sound sleep, which is important because OCD sufferers are prone to insomnia and other sleep issues due to intrusive and racing thoughts and/or the urge to engage in rituals or routines. Vitamin B-6 aids in sleep by lowering your cortisol levels (“the stress hormone”) so it does not get too high.

High cortisol levels, which are common with OCD sufferers, can lead to insomnia and sleeplessness. Vitamin B-6, on the other hand, reduces the amount of cortisol in your body, so you can sleep more soundly at night – free of nightmares. According to a 2017 study, OCD may be an early sign of a vitamin B-12 deficiency.

Folate or folic acid (vitamin B-9) is also a water-soluble B vitamin, responsible for cell growth and division. Studies suggest that folic acid can reduce OCD symptoms, like stress, anxiety, and depression in some people. Folic acid also boosts serotonin in the brain, which appears to be a key component in the manifestation and/or worsening of OCD in some people. Thus, researchers have found that folic acid is especially effective for OCD sufferers, who are struggling with a serotonin imbalance.

Although inositol is considered vitamin B-8, it is not really a B vitamin, in the literal sense. It is, however, similar to a B vitamin. Inositol boosts serotonin and GABA production and metabolism, which makes it ideal for anxiety conditions, like OCD.

Vitamin C plays several essential roles in the body, such as aiding in the repair of the body and mind. Vitamin C can also act like a “natural sedative,” thereby reducing bodily stress and anxiety, common contributors to OCD. Vitamin C also supports adrenal gland functions, which play a critical role in your body’s stress response.

More specifically, when your body becomes stressed, your adrenal glands release corticoids, which, in turn, trigger a flight-or-fight stress response. Moreover, vitamin C protects your mind and body from harmful “free radicals” or viruses, diseases, and infections. A healthy mind and body provide a defense against chronic illnesses, like OCD.

According to researchers, having low levels of vitamin D (a vitamin D deficiency) can trigger or worsen OCD symptoms in some people. More specifically, studies have found that people with anxiety conditions, like OCD and trichotillomania (hair-pulling OCD), may benefit from vitamin D supplementation.

Also, studies suggest that OCD sufferers with low levels of vitamin D are more prone to developing attention-deficit hyperactivity disorder (ADHD) – as compared to those without OCD. Vitamin D is beneficial for OCD because it increases dopamine and serotonin in the brain, which is needed to ward off, reduce, or stop OCD symptoms.

Magnesium is technically not a vitamin – it is a mineral, but it is commonly considered and referred to as a “vitamin,” so I am including it in this list of beneficial OCD vitamins. Magnesium is essential for overall health.

In regards to OCD, magnesium can produce a “calming sensation” in the mind, nervous system, and body, which could be beneficial for OCD sufferers. Thus, magnesium eases stress and anxiety by blocking the NMDA receptor known for triggering fear. Researchers have found that people, who chronically do not get enough magnesium in their bodies, are at risk for developing anxiety conditions, like OCD.

Zinc, like magnesium, is not a vitamin, per se, rather, it is a mineral that is often considered and used as a vitamin. Zinc is beneficial not just for OCD, but also for the mind and body, in general. Zinc aids in immune system function, metabolism, repair and healing, and cellular growth and division. It can also reduce inflammation, and oxidative stress in the body, while supporting healthy nervous system function – all of which can be beneficial for OCD sufferers. Some studies suggest that there is a link between low zinc levels and anxiety conditions like OCD.

Supplementing with iron can improve OCD by increasing the amount of dopamine and serotonin in the body. Iron can also improve sleep quality (eliminating insomnia) and energy (reducing fatigue) – two major factors associated with OCD. It also appears that iron can improve memory and cognitive function in some OCD sufferers.

L-theanine is an amino acid that can be found in green tea. This vitamin can reduce stress and anxiety, and thereby, trigger “calmness” and relaxation in the mind and body – which is important for people with intrusive, racing thoughts, and urges to perform certain actions. Studies also indicate that l-theanine can increase serotonin and GABA levels in the brain, which are thought to ease OCD symptoms (obsessions and compulsions).

What Other Ways OCD Can Be Treated? Well, the good news is vitamins can be added to any OCD treatment plan. They can also be taken alone or added to other OCD treatments. Other treatments that can be used with or without vitamins include lifestyle changes (i.e., healthy foods, regular exercise, proper sleep), natural remedies, like CBD and hypnotherapy/hypnosis, acupuncture, and self-help tools, like Impulse Therapy, an online OCD treatment program, OCD books and workbooks, yoga, journaling, mindfulness meditation, OCD support groups, and forums.

Conventional OCD treatments include OCD therapies, like cognitive-behavioral therapy (CBT), acceptance and commitment therapy (ACT), and exposure and response prevention (ERP) therapy – with ERP therapy being the go-to treatment for OCD. OCD therapies are usually used alone or combined with SSRI antidepressants, like Zoloft and Prozac.

The good news is it does not matter what form of OCD help you opt for; vitamins can be added to it. With the right OCD help and support, you can tackle your OCD symptoms, so you can live a life free of intrusive thoughts and fears, and/or rituals or routines.

Note: Check with your doctor and/or pharmacist to ensure that your chosen vitamins can be safely used with your OCD medication(s).