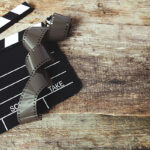 Have Hollywood Made Movies About OCD? Human beings are more nuanced than you may think, especially when it comes to thoughts and behaviors. And, although obsessive-compulsive disorder (OCD) is considered a real mental health condition (it is listed in the DSM-5), people, who do not struggle with this condition may not know or understand just what it is. When people do not understand something, their first step towards enlightenment often involves turning to movies for clarification.

Hollywood is no stranger to making movies about or having actors pretend to have mental health conditions. OCD is a hot button in the movie genre. The problem is Hollywood usually gets it wrong. Movie studios want movies that sell. They want big audiences, so they often take “artistic liberties” when creating movies and characters.

These “artistic liberties” can and often do venture into the mental health arena. Movies are made and people take the characters or the premise of the movie and run with it. This is their form of “research.” What they do not know is that movies are fictional. Even biographies and documentaries are subjective and prone to “artistic liberties.” While these “liberties” are small in biographies and documentaries, it still occurs. The result? A misinformed society.

Movies are imperfect depictions of reality. The main goal of film writers and movie directors is to make movies that touch people – even if this transcends into fantasy and fiction. However, when done correctly, movies can be challenging, enriching, beneficial, and thought-provoking – but that is when they are done – right.

With the right intentions and thorough research, movies can be extremely educational. More specifically, movies (when done correctly) can provide a wealth of important information in a relatable way. They can also raise awareness, foster sensitivity, dialogue, complexities, and normalization, while also providing entertainment. This is especially important when it comes to mental health conditions like OCD. How Does the DSM-5 Define OCD? How are OCD Characters Portrayed in Movies? What Are Some Movies That Focus on OCD or Have Characters With OCD? Is There Anything Else That Can Help with OCD Symptoms?

How Does the DSM-5 Define OCD? According to the DSM-5 diagnostic criteria of obsessive-compulsive disorder (OCD):

Presence of Obsessions, Compulsions, or Both

Obsessions and compulsions that are not only time-consuming (possibly taking up to an hour or more each day), but also cause significant pain and/or damage when it comes to social, work, school, and/or personal engagements.

How are OCD Characters Portrayed in Movies? Having OCD can feel extremely lonely and oppressive, especially when the world around you downplays it.

How Hollywood portrays mental health conditions, like OCD, most of the time, is ridiculous. OCD is not a punchline of joke. It is also not a tool to be used to get large audiences or lots of money.

Now, I am pretty sure that most film writers or directors do not set out to minimize, stereotype, or make fun of people with mental health conditions, like OCD, however, that is usually the end result. In other words, at the end of the day, most movies push negative and untrue stereotypes into movie-goers’ minds, primarily because they simply do not know what OCD involves and more importantly, what it looks like in everyday life.

As a result, these individuals accept these portrayals as “facts” when that could not be further from the truth (for most people with mental illness or OCD). What this does is dismiss, ignore, and/or invalidate what people, who really have mental health conditions or OCD, go through daily.

Pre-covid people would turn out in droves to see a new movie, but tuning into a movie that features one or more characters with OCD does not help people, who really suffer from the condition – especially if the portrayals are fictitious or inaccurate. People tend to view actors and characters, as role models and idols, which also does not help the plight of people, who are struggling with mental illness.

Not only do some movies poke fun at people with OCD, but they also have a habit of using the term, “OCD” incorrectly. Characters in these movies tend to equate orderliness and cleanliness with “OCD” when that may not be the right association. Characters with OCD are also depicted as being “quirky,” “odd,” and/or “fun,” when that is also not always the case. And, they tend to use phrases like, “I’m so OCD!” or “It is just my OCD working!” The truth os OCD is so much more real and intricate than exhibited in most movies

For instance, in the movie, “As Good as It Gets,” Melvin, the main character, has OCD. Throughout the movie, Melvin grapples with the ups and downs of having OCD. It also details how OCD has impacted his life. He tries multiple times to combat or manage his condition, but recovery remains elusive. Melvin has a hard time coping with his OCD symptoms (i.e., rituals like locking and unlocking his doors exactly 5x and turning the lights on and off exactly 5x).

Melvin helps negate the myth that people, who have OCD, are unable to function normally (i.e., carry out daily tasks). Melvin was able to live a normal life because no one around him knew he had OCD. However, the movie showed how hurtful and detrimental it is for people with OCD to be shunned or alienated by society. The truth is with the right OCD treatment, most people with OCD live happy, productive, and successful lives, mainly because most people are unaware that they struggle with the condition. OCD is virtually a “silent illness.”

This movie accurately portrays how it is to live with OCD, however, that is not always the case. In fact, most movies inaccurately portray OCD to get laughs, money, a plotline, high ratings, tears, anger, etc. Although OCD can make completing certain tasks more challenging, most people with the condition are productive members of society. They are not strange or neurotic. Rather, they are everyday people, who are trying their best to cope with the hand they have been dealt (OCD). Listed below are inaccurate stereotypes attributed to people with OCD:

What Are Some Movies That Focus on OCD or Have Characters With OCD?

Listed below are movies that focus on OCD or have characters with OCD: Is There Anything Else That Can Help with OCD Symptoms?