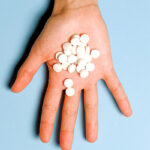 Is Celexa a Viable Treatment Option for OCD? You have recently been diagnosed with OCD, and your doctor has thrown out a variety of OCD treatment options – i.e., OCD therapies, medications, self-help tools, and other resources designed to keep your OCD symptoms manageable. You have a ton of treatment options coming your way, but which one(s) are right for you?

Due to the severity of your obsessions and compulsions, your doctor thinks that therapy and medication may be a winning treatment combination. You agree to cognitive-behavioral therapy (CBT), exposure and response prevention (ERP) therapy, and acceptance and commitment therapy (ACT). But what medication should you add to the mix? Your doctor suggests Celexa, so you decide to research it. However, you are still unsure if you should try Celexa or something else.

If you are wondering if you should try Celexa, but are not completely sold on the idea – keep reading. Why? Because this article may be able to help you decide if Celexa can and will be beneficial for you.

So, is Celexa a viable treatment option for OCD? Yes, it is! How Does Celexa Help OCD? Is Celexa Effective and FDA-Approved for OCD? What is the Celexa Recommended Dosage for OCD? How Should Celexa Be Taken? 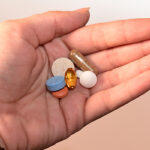 Will Celexa Interact with My Other Medications and Supplements? 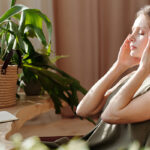 What Are the Side Effects of Celexa? 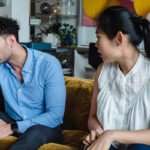 Can Celexa Cause Sexual Issues? 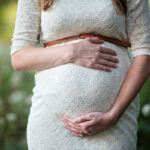 Can I Take Celexa for My OCD While Pregnant or Breastfeeding?

What is It Like to Take Celexa for OCD?

What Will Happen If I Suddenly Stop Taking Celexa for My OCD? 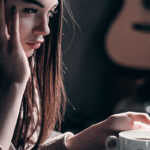 What Other Ways Can OCD Be Treated? 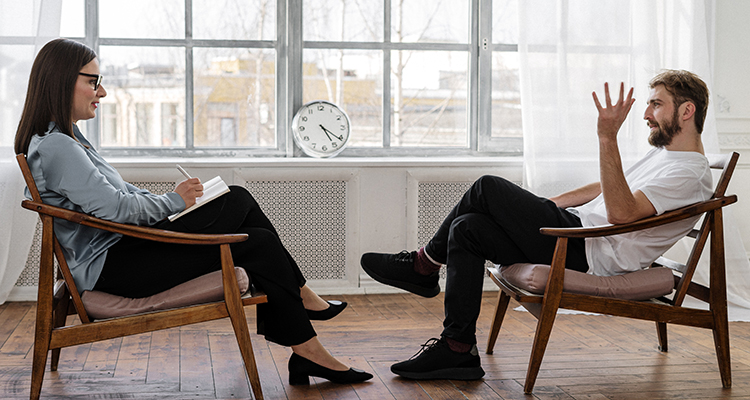 OCD is usually diagnosed through self-reports (i.e., journaling), assessments, and observations. And, it is normally treated with a variety of OCD therapies, such as CBT, ERP therapy, and ACT, although sometimes other therapies, such as individual therapy, grief therapy, TMS therapy, trauma therapy, couples or marriage therapy, family therapy, psychodynamic therapy, addiction counseling, etc. How Does Celexa Help OCD?

Celexa is an SSRI antidepressant that is designed to boost the amount of serotonin in the body. This elevated amount of serotonin, the “happy hormone,” is a neurotransmitter that is responsible for balancing your mood, and regulating your social behavior, appetite and digestion, sleep quality, memory, and sexual desire and function.

A serotonin deficiency (low levels of serotonin) can trigger or worsen OCD – in some people. Low levels of serotonin can cause erratic and “obsessive” behaviors. Celexa “fixes” this problem, which in turn, reduces or eliminates OCD symptoms (i.e., intrusive thoughts, urges, fears, doubts, emotions, and/or compulsive or ritualistic behaviors).

Is Celexa Effective and FDA-Approved for OCD? A 1999 study found that Celexa is beneficial for treatment-resistant OCD and that it helps reduce intrusive thoughts, obsessive behaviors, and mood swings in people with OCD. Moreover, researchers found that 35-45% of OCD sufferers may also experience a reduction in compulsive behaviors after taking Celexa.

Similarly, a 2001 study concluded that all three doses (20mg, 40mg, and 60mg) of Celexa continued to be safe and effective for OCD after twelve weeks of taking the medication.

A 2002 study found that intravenous Celexa is both safe, effective, and well-tolerated for the majority of OCD sufferers – even those who are struggling with treatment-resistant OCD. Researchers also found that people with OCD experienced a significant reduction in intrusive thoughts and obsessive behaviors, like repeatedly washing one’s hands and/or taking baths or showers.

Note: Although Celexa appears to be safe, effective, and well-tolerated, it may not work for all OCD sufferers.

What is the Celexa Recommended Dosage for OCD? 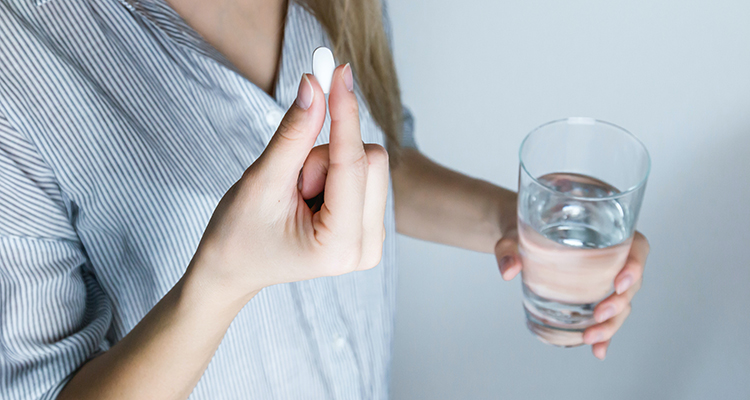 Celexa is available in 10mg, 20mg, and 40mg tablets. The recommended Celexa doses range from 10mg to 40mg, per day.

For adults – OCD treatment usually starts at 20mg of Celexa, per day, taken in the mornings, or at whatever time suggested by your doctor. This dose may be adjusted by your doctor, depending on your response to the medication. The maximum dose, however, should not exceed 40 mg, per day.

For geriatric adults – OCD treatment usually starts at 20mg of Celexa, per day. This dose may be adjusted by your doctor, depending on your response to the medication.

For children and teens – Consult your doctor for the recommended dosage of Celexa for them.

How Should Celexa Be Taken? First, it is important to take Celexa as prescribed by your doctor. In other words, follow the directions on your prescription bottle. Keep in mind, however, that your doctor may tweak your Celexa dosage, depending on how you respond to the medication. It is also important to understand that it may take 4 weeks or more to see a noticeable improvement in your OCD symptoms (obsessions and compulsions).

What Should I Know About Celexa Before Taking It For OCD?

Let your doctor and pharmacist know if you have one or more of the following ailments:

Will Celexa Interact with My Other Medications and Supplements? Therefore, alert your doctor and pharmacist, if you are taking medications that contain stimulants, opioids, herbal supplements, antidepressants, or other mental health medications (i.e., antipsychotics), Parkinson’s medications, migraine or headache medications, anti-nausea, and anti-vomiting medications, or antibiotics for a serious infection.

Other medications and supplements that may interact with Celexa include:

Note: Do not take Celexa for your OCD symptoms, if you are allergic to citalopram or escitalopram (Lexapro), or if you are also taking pimozide. Also, do not use this medication if you used an MAOI in the past 14 days – a dangerous drug reaction can occur between MAOIs and Celexa if taken too close together. These MAOIs include isocarboxazid, linezolid, methylene blue injection, phenelzine, and tranylcypromine. Citalopram may interact with Celexa, causing a serious condition called, “serotonin syndrome.”

What Are the Side Effects of Celexa? 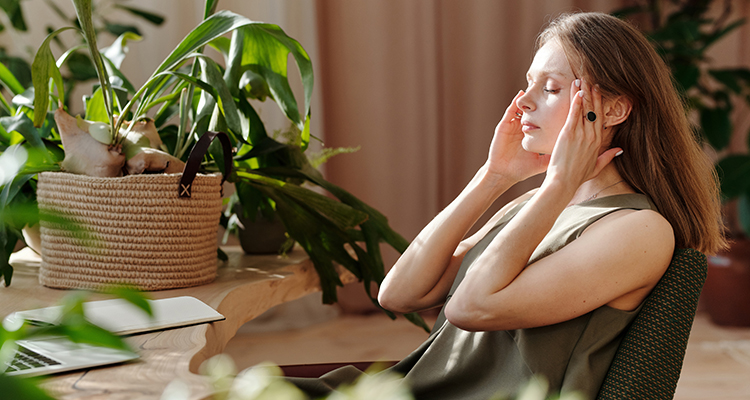 Listed below are the side effects of Celexa:

Can Celexa Cause Sexual Issues? 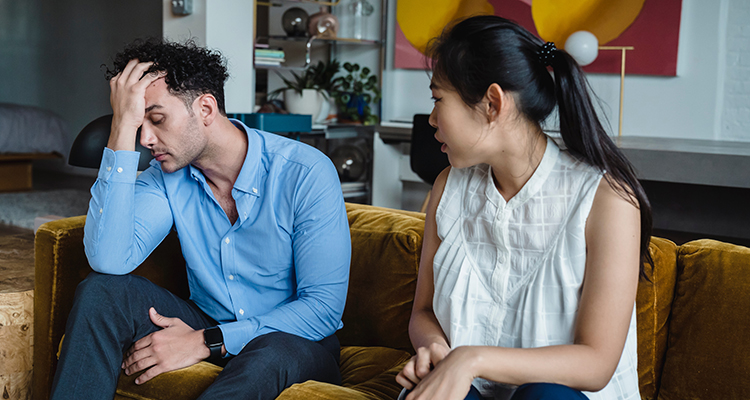 Thus, it is important to tell your doctor if you experience sexual dysfunction, such as anorgasmia (an inability to orgasm), low libido, erectile dysfunction (ED), impotence, or premature ejaculation (PE). The good news is sexual problems can be successfully treated.

Can Celexa Cause Me to Become Suicidal?

Celexa can cause mental illnesses, such as anxiety or depression to experience suicidal ideation (suicidal thoughts and attempts). Specifically, young people, who take Celexa for OCD or depression, may have suicidal thoughts when first starting the medication. If you or your family or friends notice changes in your mood, thinking patterns, and/or behavior, contact your doctor asap.

Can I Take Celexa for My OCD While Pregnant or Breastfeeding? 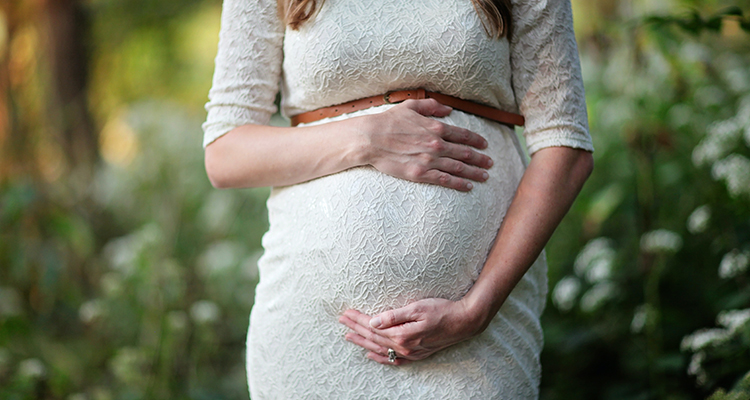 Yes, you can but it is not recommended.

What is It Like to Take Celexa for OCD?

OCD sufferers who have taken Celexa for their symptoms are the best judges of how safe, effective, and well-tolerated it is.

Therefore, listed below are some self-reports on Celexa’s benefits – or lack thereof, from people who have used the medication to control their OCD symptoms:

“I’ve had OCD since I was a child. Now, I’m 52 years old. So, you can imagine how I have spent almost all of my life battling OCD. During this time, Celexa has been a great friend for me because it not only reduced my physical symptoms but also broke the cycle of my intrusive thoughts, which were ‘eating me up from inside.'”

“My doctor put me on 20mg of Celexa. Honestly, the first few weeks on the medication were ‘no fun’ as I could neither fall asleep at night nor stay awake during the day. But as time went on, I started to notice a difference in my behavior. So, Celexa worked the best for me, and now, I am almost back to my normal self.”

“So, I just started taking Celexa for my OCD. I am working up to 20mg a day, so not too much, but I was wondering what other people’s experiences are with it. I noticed ‘right off the bat’ that my appetite has declined, which my doctor said was ‘normal’ at the beginning. But I also have started getting dull headaches. I did not have them before I started taking Celexa.”

“I used to be on Celexa for OCD, and the main thing that always sticks out to me about it was the death of my sex drive for about a week. It got to the point where it little-to-no sensitivity in my nether regions. I can laugh about it now, but at the time it was downright scary. If you get this Celexa side effect, don’t panic. The sensation will eventually come back.”

“The first week or so that I started Celexa (20mg) for OCD, I experienced a loss of appetite, and I slept ALOT. I also experienced headaches. I followed up with my therapist, and she said it was ‘normal’ to have these reactions while your body adjusts to the medication. However, once I got through the first couple of weeks, it was a lot better, unless I missed a dose. If I missed a dose, it made me feel “off” for a little bit. I have been taking Celexa for just under a year, and I think it has helped me so much. I don’t feel numb to everything, which I was very concerned about. However, I still experience some ‘bad days,’ but it almost makes me happy that OCD no longer has the power to ruin my life.”

What Will Happen If I Suddenly Stop Taking Celexa for My OCD?

Well, you may experience unpleasant Celexa withdrawal symptoms, such as irritability, mental confusion, a tingling sensation, and/or an electric shock feeling. Thus, you must consult your doctor before stopping the medicine.

What Other Ways Can OCD Be Treated? Well, OCD can be treated with OCD therapies, such as cognitive-behavioral therapy (CBT), exposure and response prevention (ERP) therapy, and acceptance and/or commitment therapy (ACT). And in treatment-resistant OCD cases, the condition can be treated with other medications, such as tricyclic antidepressants, antipsychotics, MAOIs, prescription antihistamines, etc.

With the right treatment, you can wrangle your OCD symptoms back into control. But the first step is to seek OCD help for it!